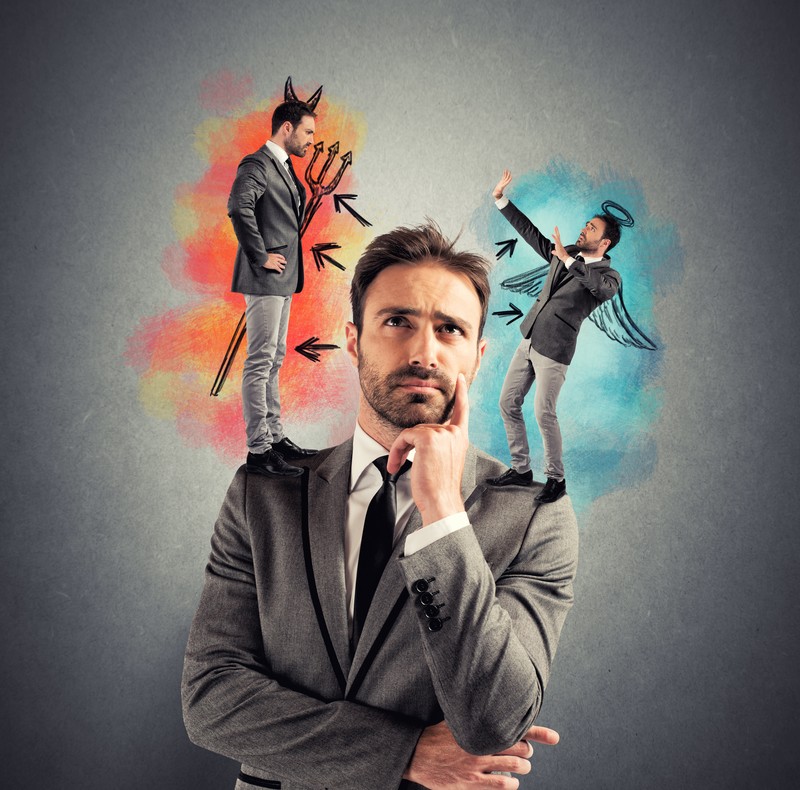 Ego Can Make You or Break You

Books by Sadree / Inspirational / Self Improvement

It has been said that Ego is your worst enemy.  This is only true when we let the tail wag the dog.  I have seen cases when ego has actually helped me through a situation.  To understand this element of the mind, you have to fully be prepared to humble yourself first.  I mean you REALLY have to be ready to accept anything you find that contradicts your version of what you think is fact.  It is only your highest self (spirit) that can lovingly train an out-of-control ego and make it useful.  Knowing the difference between the two is the first step.

My Understanding of Ego

I don’t see the ego as good or bad.  It can help as much as it an hurt.  It helps by separating me from those that I don’t want to be like.  I can use my ego to set a higher standard for myself by learning from others around me.  My ego has also rewarded me with better paying jobs because of this.  The ego has many uses… like a good dog.

Using the dog analogy, let’s look at it this way:  I love my dog, but if this animal is not well supervised, it will get both of us in trouble.  It’s intent isn’t to cause trouble, but it’s instinct is to explore and see how far it can push the envelope.  This is usually where control is lost and later you find yourself (and the dog) in front of Judge Judy.  I don’t like to muzzle or leash the animal, because it’s freedom is as important to me as it is the dog.  Unfortunately, If I don’t from time to time, I will have to pay for the hell my dog will create for me (not to mention the expensive vet bills).  So as a responsible and loving pet owner, I must do the thinking and important decision making.  Sometimes the dog can be leashed, and sometimes it must go in the crate.  Life choices are an every day event, and for most people it happens quite frequently throughout the day.  I have a friend that has an ego he likes to let run free.  This has most likely been the cause of all his problems.

I have a friend whom I have hired on many occasions to work for me.  This friend has knowledge of what he does, and also has the ability to quickly adapt to things that are new to him.  His biggest hang up is his own ego.  It seems that he likes to let his ego run things for him.  He isn’t alone…many people do this and aren’t even aware of it.  He may be one, but he will joke about it even when the situations could cost him everything he works hard for.  There have been times when I have brought potential catastrophic situations to his attention and arrogantly, he dismisses it and tells me that he knows what he is doing.  Away from work, he is my friend, but at work, I am his boss.  My duties are to protect the company and its employees.  His actions could hurt both.  Here is the situation I find myself in: I have two choices.  Either I can let him fix the problem, or let him make the problem mine to fix.

Ego can put you on the other end of this scenario and cloud your thinking to make you believe it is your friend that’s the bad guy.  As much warning I gave this friend, his response was to ignore the courtesy notification and end the conversation with a text telling me to back off.  In the days to come, his actions as a result of an over inflated ego are going to cost him dearly.

Some people have so much resentment, they carry it like baggage into every relationship.  It is hard for them to put it down and for some reason they almost enjoy the experience of conflict…even if the losses are catastrophic.  Living with people like this is like making yourself a meal for a vampire.  This kind of person will drain the life out of you.  Many abused women have experienced living with a energy vampire.  Abuse can also come from their irresponsible behavior and not just physical abuse.

I experienced this kind of abuse from a band mate I was living with for a short while in Los Angeles.  His modus operandi was to move in with someone, quit his job and make excuses as to why he never had any money to pay his portion of the rent, bills, and food.  He always seemed to have money to sit at the bar all day drinking and smoking and betting on football.  From what I hear, he is still doing that.

Like I mentioned before, I love my dog, but I would never let it drive my car.  The ego is a necessary tool to master.  Either you understand its power and train it to behave, or it will pee on your foot and leave piles of dung on everything you work hard for.  Living in spirit

Schedule Time With Me